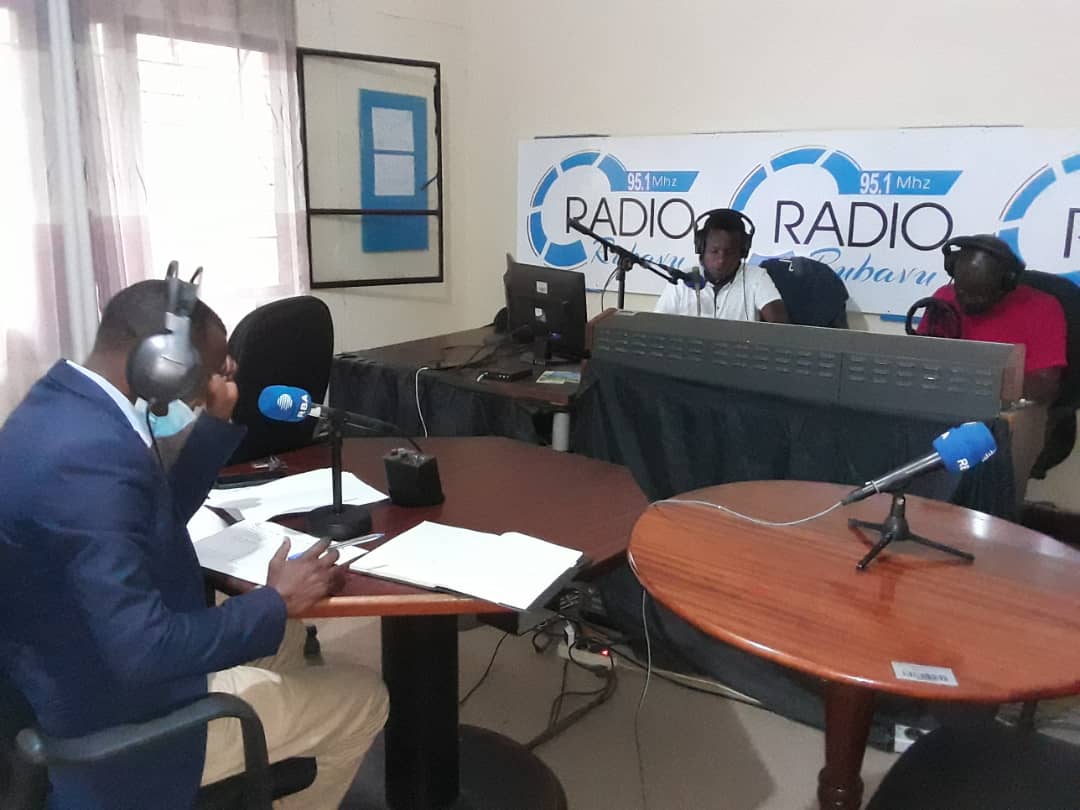 The Coordinator of Rwanda Extractive Industry Workers Union (REWU) in the Southern and Western region has reminded citizens that whoever violates the rights of Children will face penalties as stipulated in the penal code of Rwanda.

The reminder was made by Mr. NKURIKIYINKA Fidel, Southern and Western provinces REWU coordinator during the respective radio talk shows aired on Musanze and Rubavu Community Radios on 15th and 16th September 2020.

The talk shows focused on illegal child labor, Children sexual exploitation as well as punishments to those found guilty of involving the underage persons in hard and illegal activities.

The shows are in line with the ongoing campaign organized by REWU in partnership with World Vision Rwanda in order to raise awareness on Child’s protection from hard labor and sexual exploitation.

Mr. NKURIKIYINKA explained that the general objectives of the radio talk shows in the Southern and Western provinces was to give explanations on child labour as well as to answer to the questions raised during previous conversation which was held on Radio Musanze on 15th September 2020.

“We have seen that our contributions to the country is to raise awareness to avoid the sexual exploitation among children and illegal labor which involve the children.” He said

“In addition, this kind of conversations help the Rwandan families to know more about the labor Laws and some penalties paralleled to the offences Mr. NKURIKIYINKA added.

He said that “Every person must know that none is above the Laws and every one must respect the laws appropriately if not, penalties are there.”

The Law states that It is prohibited to subject a child below the age of eighteen (18) years to any of the following forms of work: forms of work which are physically harmful to the child; work underground, under water, at dangerous heights or in confined spaces; work with dangerous machinery, equipment and tools, or which involves the manual handling or transport of heavy loads; work in an environment which exposes the child to temperatures, noise levels or vibrations damaging to his/her health; as well as to work for long hours or during the night or work performed in confined spaces.