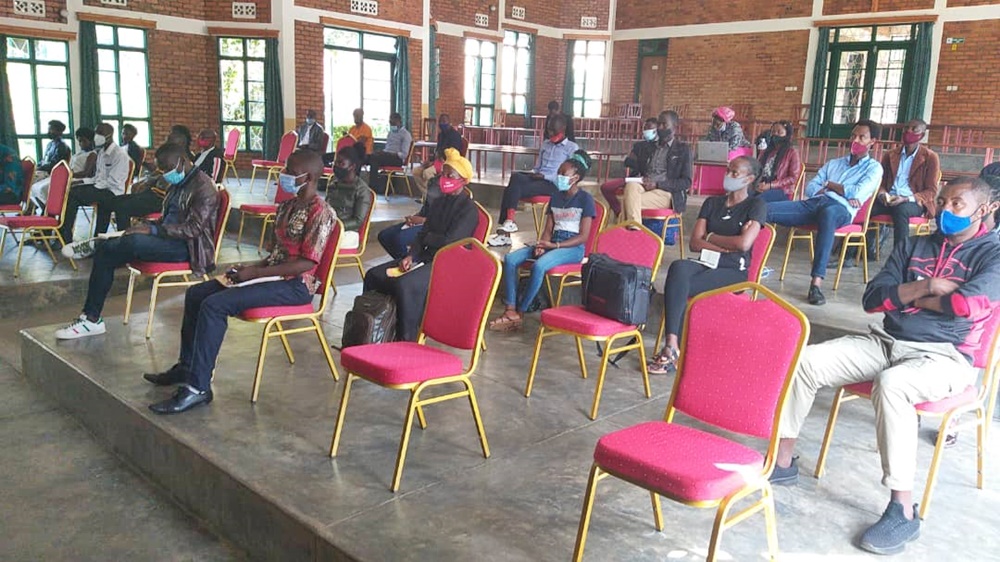 From March 18th to 19th, 2021, the Rwanda Extractive Industry Workers Union Volunteers in the Western and Southern Provinces are being trained on fight against all forms of child labour and child Sexual abuse in order to be able fully campaign against the above-mentioned issues in their respective areas of the assignments.

The training which is taking place in Karongi District, Western Province is being held in partnership with World Vision Rwanda.

At the official opening of the training, the World Vision manager of the Kivu Cluster Mrs. Kellen commended the organization of the training adding that trainees should make child protection the priority.

She urged them to invest more efforts in the campaign so that local community actively play their role in this fight against Child labour and Child Sexual abuse. After the official opening of the training, Mrs. Kellen wishes them all the best throughout the training.

Commenting on the training, the Secretary General of REWU, Eng. Mutsindashyaka Andre, said, “It is a training for REWU volunteers from the West and South Provinces. They are being trained on child protection, Role of REWU Trade Union to advocate and protect children and its responsibilities in matters of labour law enforcement.”

He says the reason why these volunteers are trained is that they will go to train children’s committees in cells and sectors and therefore they are being trained by child protection experts from World Vision Rwanda as well as labor inspector from Rutsiro – Karongi districts.

Labor inspector made emphasis on different violence in relation to child labor and call upon the REWU volunteers to share information with authorities anytime they meet similar cases in their respective area.

REWU has entered into the partnership with World Vision Rwanda through ‘It Takes Every Rwandan’ campaign whose priorities will be to, among others, ensure that child labour and sexual abuse cases are highlighted and punished by law as required; and to advocate for an end to this kind of violence across the nation.

The ‘It Takes Every Rwandan’ campaign, thus, aligns with and contributes to the UN Sustainable Development Goal 16.2 to “end the abuse, exploitation, trafficking and all forms of violence and torture against children”.

The campaign will be held in schools and communities to encourage them to take action against these wrongdoings that are detrimental to the health and rights of the children.