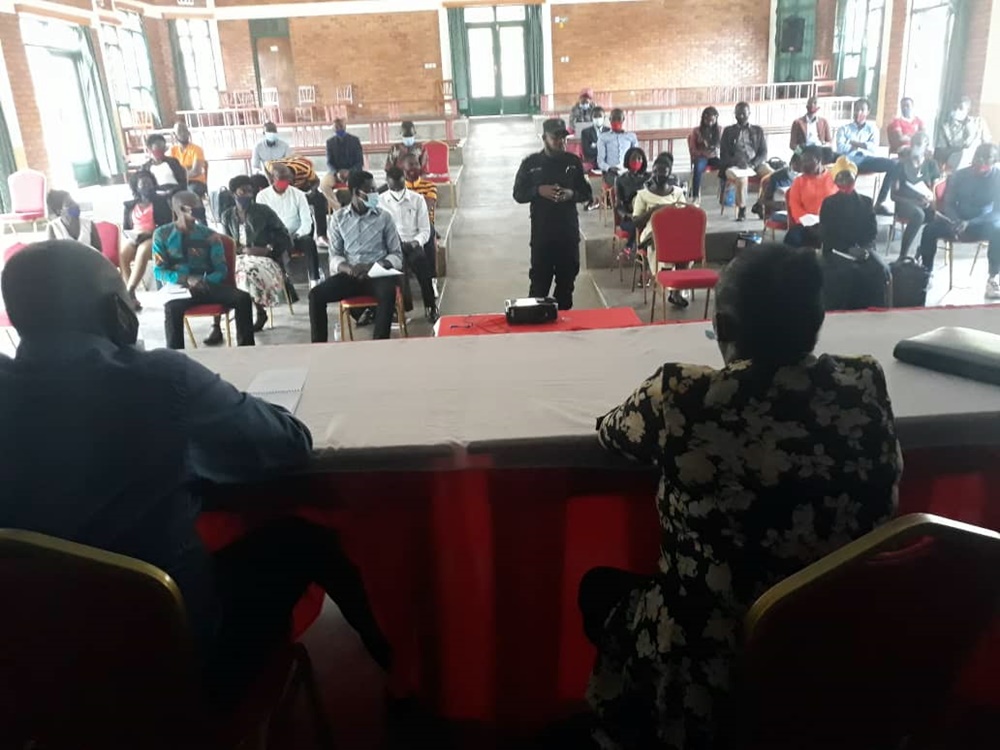 On March 18th, 2021 in the training room of Bethel Hotel which locates in Karongi District in Western Province, IP Rutayisire Aimable in charge of community policing in Karongi District, urged the Rwanda Extractive Industry Workers Union (REWU) Volunteers to be vigilant and provide timely information on suspected cases of Child sexual abuse as well as cases of hard labour in which children are involved.

He made the remarks while delivering a message to volunteers at a workshop organized by REWU in partnership with World Vision Rwanda, which is part of a program to eradicate sexual violence against children and to end child labor.

IP Rutayisire said, “With REWU and World Vision, we will work with these REWU volunteers to provide timely information, suspects will be brought to justice to end child abuse and child labor.”

Karongi and Rutsiro Labor Inspector Frederic Mpumuro said: “Law and political will is there.”

He went on to say that parents should uphold parental values and learn to care for their children and to respect their rights.

“Because we have lost our culture, how can you, as a parent, enjoy the money of which the child brings you and you are the one who is responsible for raising and nurturing him or her?” Mr. Mpumuro warned parents who don’t care for their children to the point they are happy to be fed by the money the child has received from the bad deeds such as rape or forced labor.

“We urge parents and employers that child labor is punishable by law, and that if they do not comply, they will be punished by the law.” He added

During the two hours, the participants joined in groups to exchange views on the issues raised in order to increase their knowledge in the fight against child abuse and the elimination of child labor.