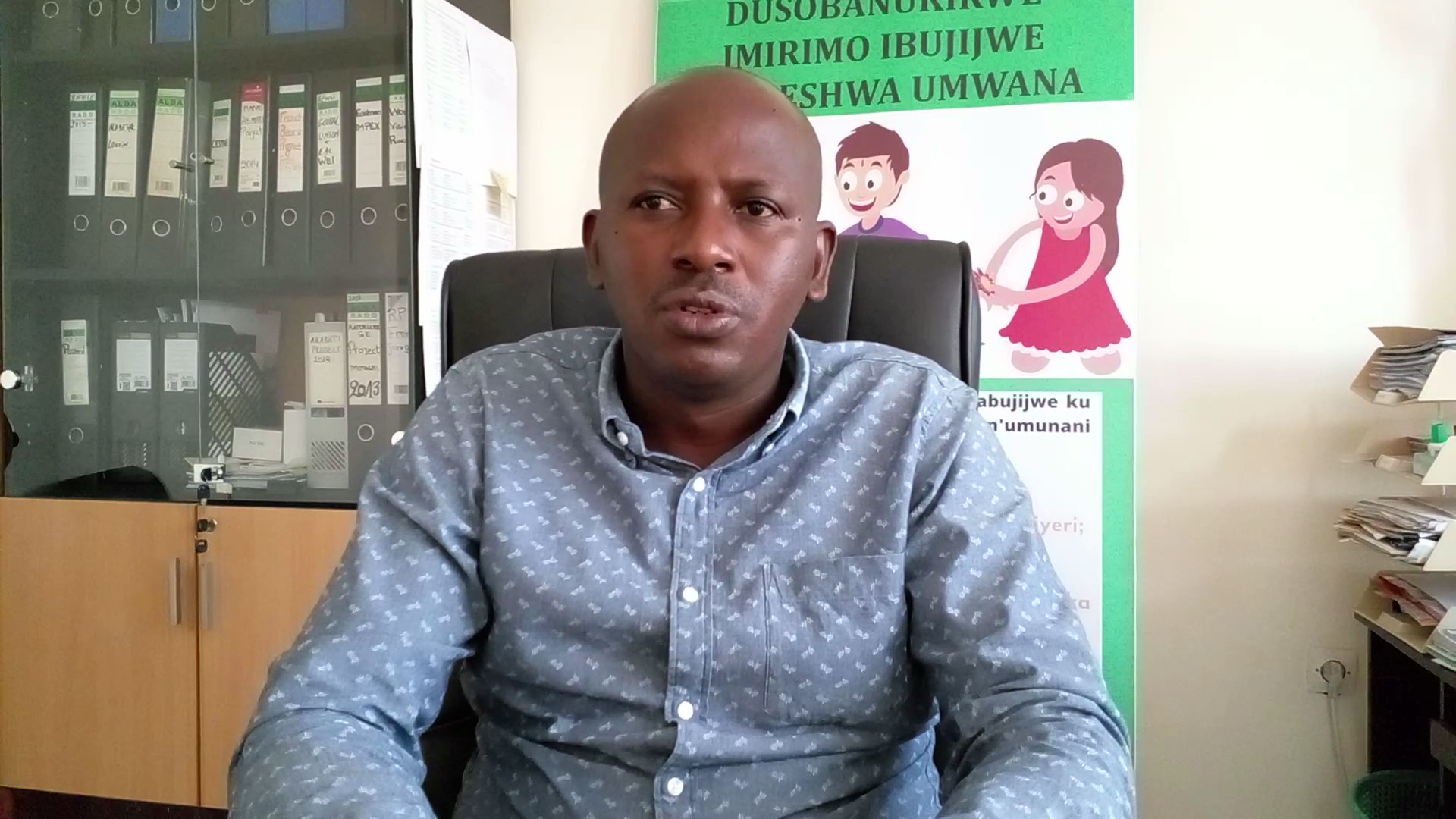 As we celebrate the Day of the African Child, the Rwanda Extractive Industry Workers Union (REWU) calls on parents to give their children the values they deserve since the better they will provide them with needed values the better we will achieve the desired Rwanda and Africa.

The annual Day of African Child is celebrated on June 16, and in Rwanda the day is celebrated under the Kinyarwanda theme “Isibo, igicumbi cy’imikurire myiza y’umwana” roughly translated as “Isibo, as a pivot to the child development” to inspire a reflection within Isibo residents towards their role and responsibilities in child development and protection, with a focus on preventing and eliminating all forms of child malnutrition, while promoting child’s growth and development within the households.

Isibo is the lowest level of local administration in Rwanda.

In an interview with Eng. Mutsindashyaka Andre, the Secretary General of the Rwanda Extractive Industry Workers Union (REWU), explained that joining the World and Africa in particular to celebrate the Day of the African Child is mainly aimed at emphasizing that the child should be more protected because he or she is the future of Africa and that the child is the foundation of everything.

Mutsindashaka said, “Today we are in 2021 but we have a vision for 2063. Africa has this vision. The people who will get there (2063) today are children. That’s why we need this child to be cared for, educated and given values that will lead him/her towards the good future “

“Especially as here in Rwanda we say that our child should have Rwandan values, be patriots, know how to take care of work, know the responsibilities of respecting parents and those who live with them, and go to school to maximize the knowledge,” Mutsindashyaka said adding that “this will enable him/her to gain the knowledge that will sustain him and that child is also one of the descendants of the future family. The child who is trained with these good values will be the future of the family for Rwanda and for Africa.”

Eng. Mustindashyaka noted “Like us at REWU, this year we are in a campaign together with the World Vision Rwanda, a campaign with the theme” It takes Everyone’s role to fight against child sexual abuse and child labour, “

The campaign was launched last year with the aim of eradicating any form of violence against children, and ensuring the full rights of the children are observed.

“During this campaign, we saw a number of problems where a 14-, 15-, 16-year-old child has given birth,” he said. “You will find that the child is denied his or her rights at an early age, where he or she fails to attend school due to untimely pregnancies and that leads her to assume the parental responsibility at an early age.” Explained Mutsindashyaka

“In most cases, you will find that the perpetrator who abuses a child is someone who knew her in a village, a neighbor, who should have been the one to protect the child from violence.”  So, we have opposed such wrongdoings and we are still fighting against abusers in partnership with World Vision, the government and community to end this problem.” Mutsindashyaka said.

Despite the effects of COVID 19 on the campaign, Eng. Mutsindashyaka explains that in the provinces where the campaign is taking place which are the Southern and Western Provinces, so far they would have been able to meet over 222,000 young children, who are in primary school, which means they are under 18 years of age.

“We put them in Clubs at every School where they are helped to understand sexual abuse and other forms of child’s rights violation and how to fight against such violence so that the child is able to identify tricks of the person who starts calling him or her, who starts to approach him or her and seduces him or her and in that case she/he can realize that he or she begins to approach a violence,” He explains

“When they are in their Clubs at schools, they are given this knowledge to understand the signs of violence and to avoid it. In these clubs, they also talk, share the message with others, even helping their parents to understand the violence.” added the same source.

The Club is made up of about 30 children and other adults at the School Center.

These Clubs are also the ones that are used throughout the School Center so that in the coming years, once a child realizes his or her rights, he or she will see his or her partner being abused, will stand up, call the police, call the RIB, tell the nearest leader so they can prevent that abuse, explains the Secretary General of REWU.

Apart from fighting against sexual abuse and other forms of violence against children, REWU also is advocating for women parents who work in the extractive Industry in order to be able to have decent places where the children can be taken care when the mother is at the mine for instance.

“That’s not fair, the kids have to go to school, the others have to be taken care of in a safe environment,” Mutsindashyaka said.

In this regard, the Rwanda Extractive Industry Workers Union (REWU) is in talks with various partners to see how to set up child care centers commonly known as ECDs especially at the Mining site so that parents can find a safe place to leave their children while they are at work.

“So, it is only right that we all stand up as Rwandans, all of us stand up as Africans to have a child who has an education, values, culture, which will help us build the future we want in Africa,” Mutsindashyaka said.

Based on the Continental theme of the Day of African child which is ““30 years after the adoption of the Charter: accelerate the implementation of Agenda 2040 for an Africa fit for children”, it is clear that the children of this continent are valued and therefore should be given their rights, protected from violence and other potential obstacles to their development.