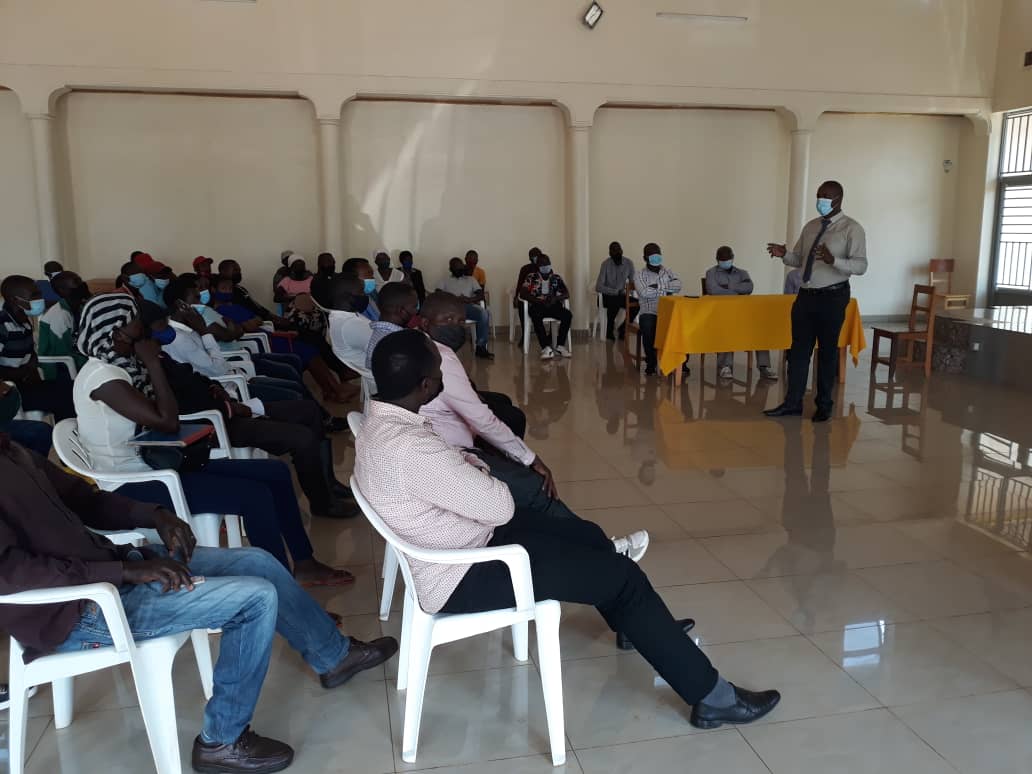 While the mining sector should play a role in the development of the country, it is important that the workers in this sector know their responsibilities in increasing the productivity from their respective companies and also understand the Labor law in order to be able to know their rights as workers with the aim of developing the country and their families.

To this end, the Rwanda Extractive Industry Workers Union (REWU) continues to visit workers at their workplace across the country to continue training and encourage them to work hard so as to raise productivity while at the same time their working conditions also are improved.

On August 16, 2021 in the COMIKAGI meeting room in Gakenke District, a one-day meeting with representatives of EPROCOMI mining workers operating in Ruli sector in Gakenke district was held and on the agenda were above mentioned topics (Labor law and Productivity Improvement)

The workshop was organized by REWU Trade Union to explain the role of the union in promoting workers’ productivity and the rights of the employee in accordance with the Labor Code and other international laws.

Participants appreciated the role of the REWU Trade Union in advocacy specifically in the promotion of good relations between employees and the employers.

After discussions on the importance of the Union, the participants also participated in the election of an EPROCOMI Trade Union Committee which saw Comrade Ndabarinze Jean Baptiste being elected as the President of union.

REWU Deputy Secretary General Comrade Jean Marie Bwanakweli, who also chaired the meeting, praised the participation of the staff and said that REWU’s goal is employee development and productivity improvement.

The meeting was also attended by the Representatives from EPROCOMI  Administration which was represented by Mr. Jackson Ngabo.