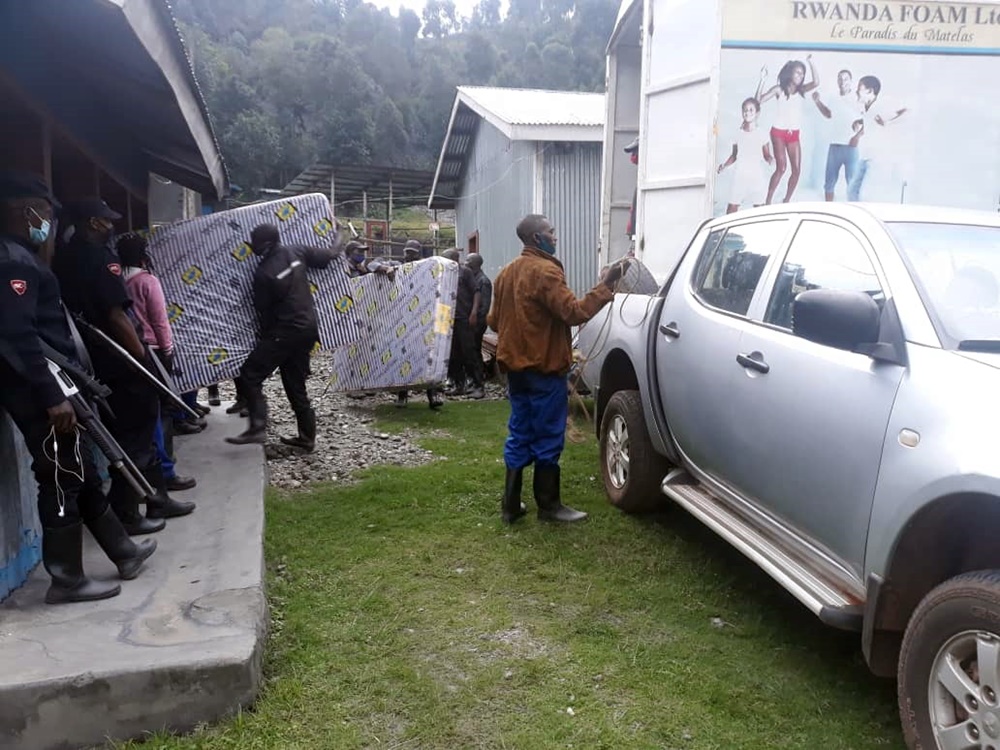 The Rwanda Extractive Industry Workers Union (REWU) continues to partner with key companies to improve the lives of Mining Workers around the country.

On 15th September 2021, REWU distributed mattresses to workers at New Bugarama Mining Company which operates in Burera District, the Northern Province of Rwanda, thanks to the well-established partnership with RWANDAFOAM and the beneficiaries’ company.

REWU has vowed to do whatever possible to make sure that miners live a decent life by facilitating them to access key materials that help them to improve their living conditions while at the same time contributing to the behaviour change where workers should feel proud of their productivity and how it contributes to their social economic development.

In the past, mining and quarrying workers have been blamed for misusing their salaries, which has led REWU in its mission to help the miners feel that salary would help them in many ways even if it is still low compared to the cost of living.

Here REWU also continues to advocate for decent salaries among mining workers as part of the Union’s mission.

Returning to the process of distributing mattresses to NMB employees in Burera, the distributed mattresses were valued at Rwf 2,350,000, which they will pay in installments where they will be deducted from their salaries based on the contracts with the Company and agreements with REWU and RWANDAFOAM as partners who is committed to working with the trade Union to improve living conditions of workers.

It has been agreed that the employees will be helped to get the bicycles they requested in less than two weeks. These bikes will also be paid in installments.

The event was overseen by the REWU Coordinator for the Northern and the Eastern Province Mr. Musabyimana Deogratias, who called on the workers to be productive at work and to keep playing an active role in advocating for their wellbeing.