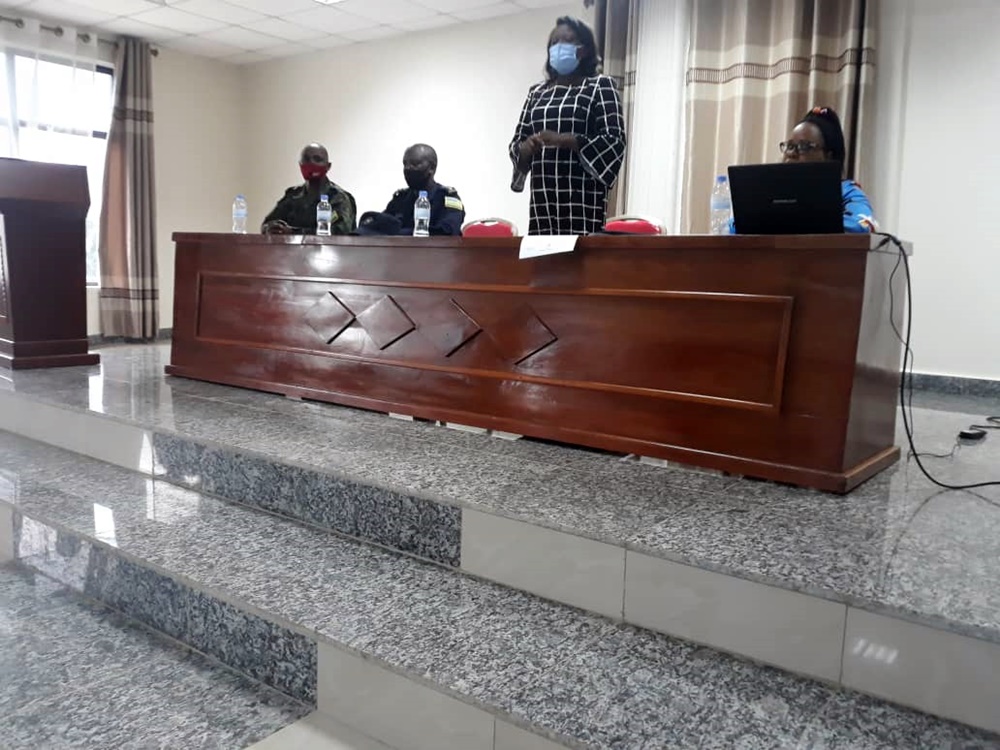 On Thursday, September 16, 2021, at the Gakenke District Office, a meeting was held to find together strategies that will help in combatting and ending all forms of child labour.

The meeting brought together various partners in child protection including the representative of the Rwanda Extractive Industry Workers Union (REWU).

While opening the meeting, UWIMANA Catherine, the Vice Mayor for Social Affairs, called on the participants to work together to ensure that child labour is completely ended in Gakenke District.

Offering his Intervention during the meeting, REWU Eastern-Northern Regional Coordinator Musabyimana Deogratias pointed out to the participants that there is still a problem of child labour, especially in activities related to stones crashing, bricks making and in the Sugarcane trade.

He explains that what is needed is to sensitize parents and remind them that child labour is punishable by law.

He explained that due to the fact that the bricks making and quarrying are still in the informal sector, involving children in such activities ruins the image of the mining sector, thus it requires the cooperation of the local authorities and families to solve the problem of child labour.

Participants decided to educate the public to prevent children from engaging in such activities and to exchange information on parents who bring children into such prohibited activities so that they can stop such misconducts.