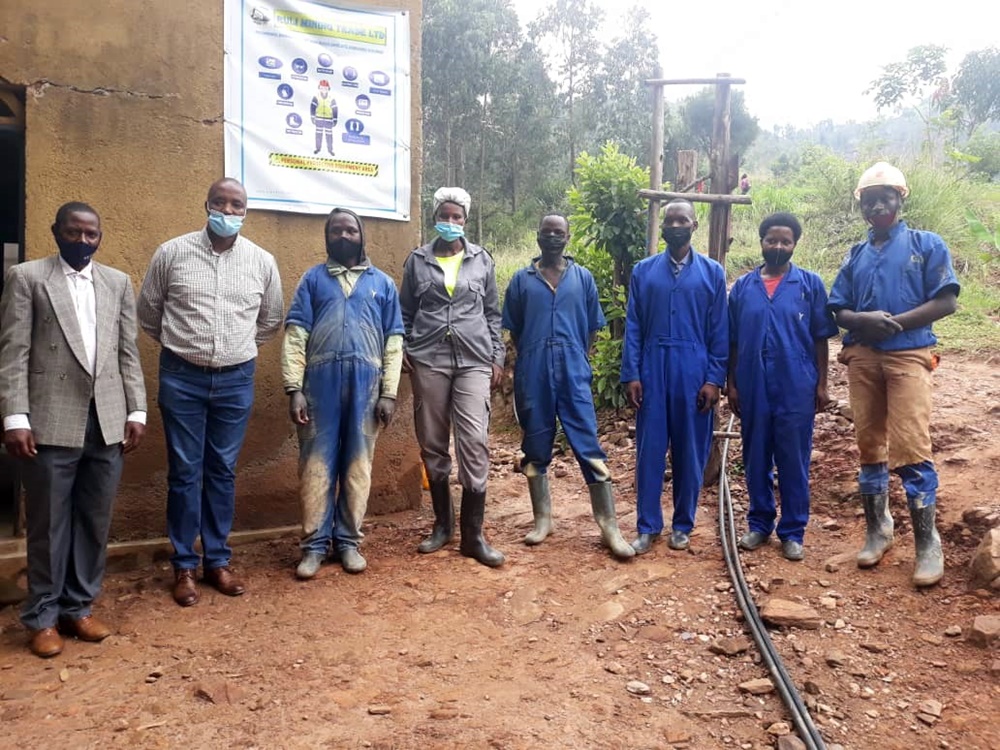 Workers at Ruli Mining Trade Company Ltd operating in Gakenke District in Ruli Sector have elected a committee representing them in their Trade Union after discussing the benefits of working with the Rwanda Extractive Industry Workers Union.

The election took place after a meeting on September 22, 2021, in which the staff from the Rwanda Extractive Industry Workers Union (REWU) explained to the workers the benefits of being in the Union.

The meeting which was chaired by the Deputy Secretary General of the Rwanda Extractive Industry Workers Union, Mr. Jean Marie Bwanakweli, accompanied by the REWU Eastern-Northern Regional Coordinator Musabyimana Deogratias was attended by the Company’s management as well as workers who were eager to learn more about REWU’s work.

Mr. Bwanakweli explained the responsibilities of the Union and encouraged all workers to form a trade union whose tasks will be to ensure that their living and working conditions improve while at the same time contributing to the increase of productivity.

After being explained the role of the union in prioritizing the dialogues between the employee and the employer, Workers were happy to elect a trade union committee to represent them and decide immediately to start making their contributions.

Employees also requested REWU to facilitate them get some equipment that they will pay in installments as it happens to other companies where they have established active Trade Union Committees that work directly with REWU to improve the welfare of their members.