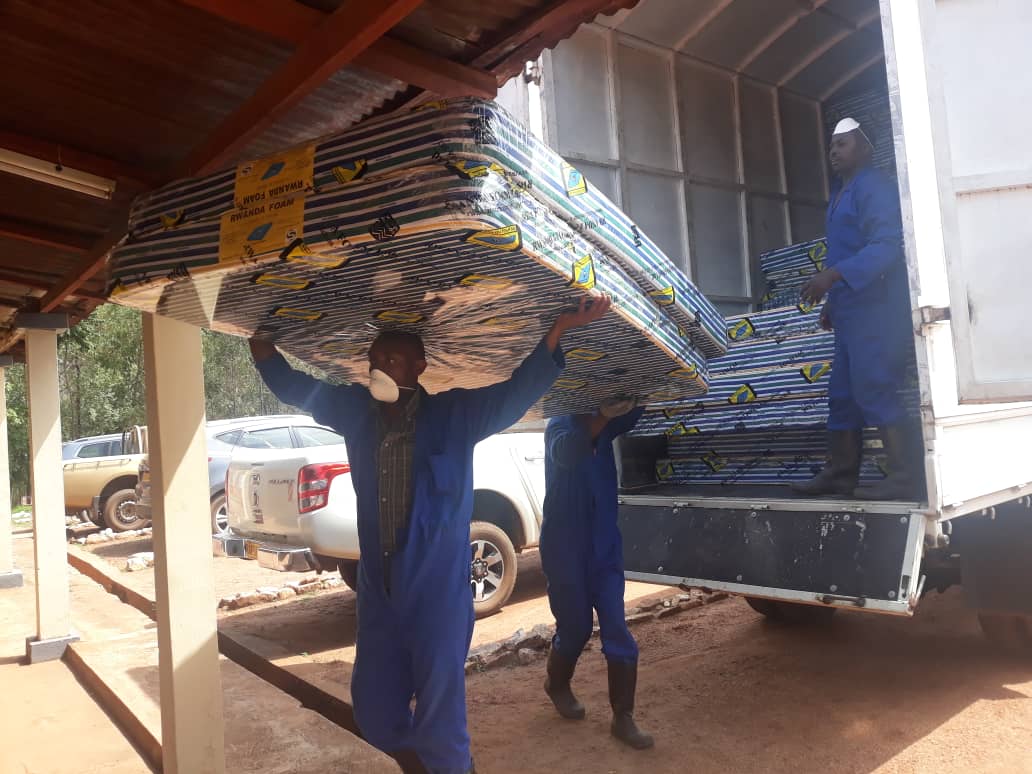 On Monday, November 15, 2021, the Rwanda Extractive Industry Workers Union (REWU) in partnership with RWANDAFOAM and the Rutongo Mines Company handed over mattresses worth Rwf 6,790,500 to the workers of the Rutongo Mines.

This follows a similar activity conducted on Friday, November 12, 2021 in ETI Shyorongi where workers received mattresses worth Rwf 2 million.

The distributed mattresses will be paid in instalments.

On behalf of the workers, the President of the trade union at Rutongo Mine Comrade NSHIMIYIMANA Emmanuel thanked REWU for advocacy as they had not previously been able to afford the equipment easily.

On behalf of REWU, its coordinator in the Eastern and Northern Provinces, Comrade Musabyimana Deogratias, called on the workers to continue to work and increase the productivity of the company they work for as it will make advocacy and other activities easier.