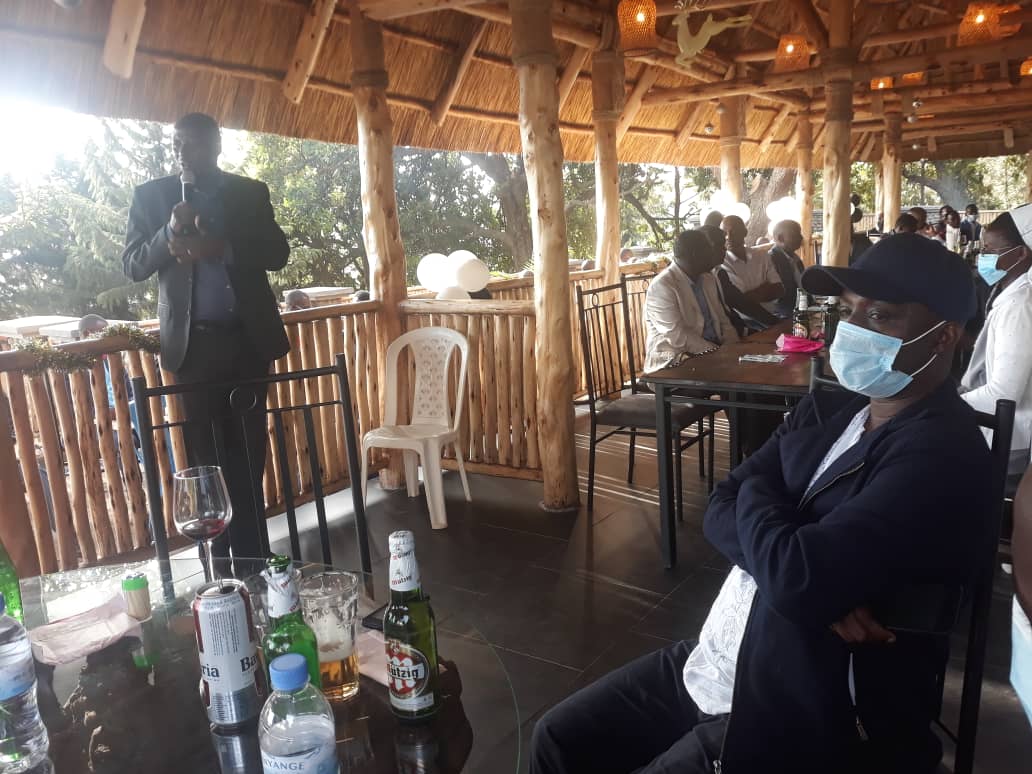 On Sunday 19th December, 2021 at ETI Nyakabingo Mining Company there was a festive event that was organized by the company to celebrate International Miners Day as well as to wish its employees and stakeholders A merry Christmas and Happy New Year 2022.

The event was an opportunity to award Mining workers who excelled in productivity.

The Secretary General of the Rwanda Extractive Industry Workers Union (REWU), Eng. Mutsindashyaka Andre commended the management of ETI Nyakabingo Mining Company for being the model mining company in Rwanda explaining that whenever the price of minerals at international market goes up, the salary of the employees increases as concluded in collaboration bargaining agreement between REWU & the company management.

He said that in coming months REWU in collaboration with Rwanda TVET Board, Ministry of Labor and public services and Rwanda Mines, Petroleum & Gas Board – RMB, the mining workers will be certified for their prior learning.

During the event, Employees of ETI Nyakabingo presented a trophy to the General Manager of the Company Mr. Luke Rogers as well as the mine manager Mr. James, to thank them for their good relations with all employees.

In his remarks, Mr. James explained that they used to work in disorder but now things are going well.

He commended the discipline in the workforce where due to better performance the productivity has increased.

He revealed that women who do not have a permanent job from next year would be offered jobs on the machines that will start operation from next year.

The Executive Secretary of Shyorongi Sector praised the role of the management and staff of ETI Nyakabingo affirming that in addition to development, they are also involved in government activities such as contributing to Health Insurance and EJO HEZA Saving Scheme.