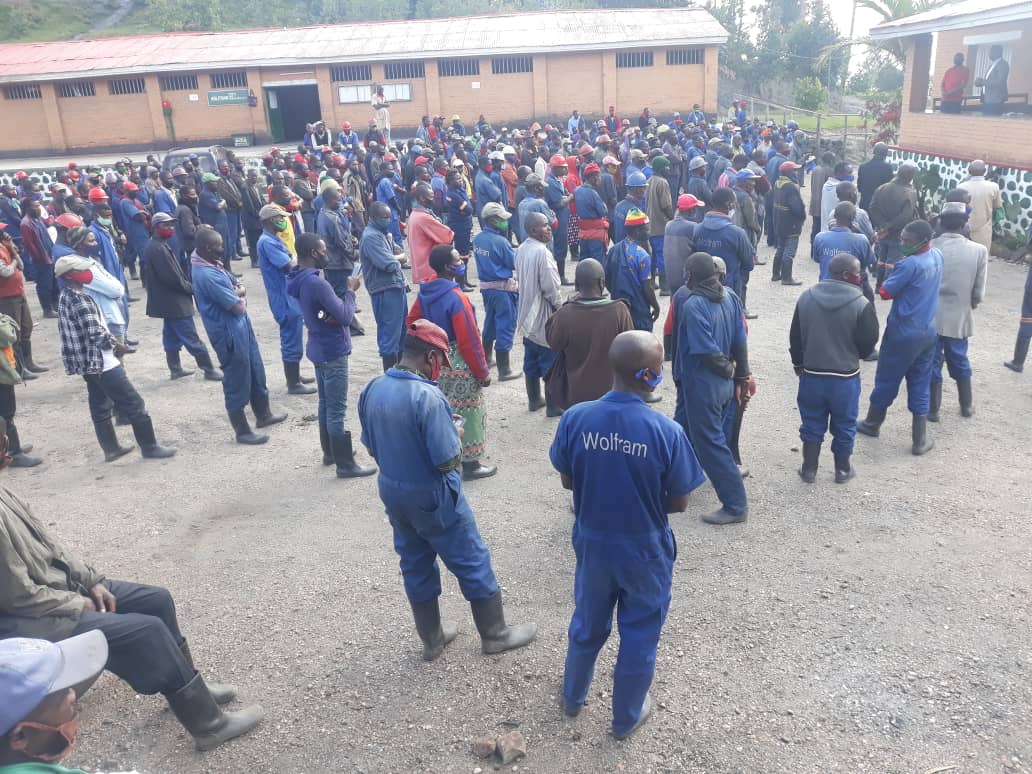 Activists have said that the government must intervene in addressing issues like lack of employment contracts, pension and a minimum wage that affects the livelihoods of thousands of employees in mining sites.

According to Andre Mutsindashyaka, the Secretary-General of Rwanda Extractive Industry Workers Union (REWU), workers in mines are paid depending on the minerals extracted, which means they may go days without pay until they get to the minerals.

“There are different activities done before they get to mineral resources, even though there might be no production on a given day, that employee deserves to be paid for work done,” he said.

Mutsindashyaka said that because there is still no minimum wage, the capacity of an employee in mining sites to negotiate their wage is still low.

Narcisse Dushimimana, the Head of Mining Regulation and Inspection Department at Rwanda Mines, Petroleum and Gas Board (RMB) highlighted that lack of employment contracts leads to cross-cutting issues in different sectors.

“We believe that everyone has the right to be paid, but not having a minimum wage is a problem faced by other sectors as well. We all know that as of now, the valid minimum wage does not match with our current economic realities,” he said.

The national minimum inter-professional wage stands at Rwf100 per day for ordinary working persons. It was set in the 1970s.

While the ministerial order that establishes the national minimum inter-professional wage is not yet passed, Dushimimana said, “We continue to encourage every employer to fully pay the agreed salary with the worker. No one works for free…that would be slavery.”

He commended mining companies and cooperatives for performing well in terms of providing insurance for their employees, however, he also pointed out the issue of pension.

“What we are doing is to request all companies and cooperatives to enroll their workers under the Ejo Heza pension scheme, as the minimum amount for contribution in the scheme is little,” he added.

Francois Ntakiyimana, Executive Secretary of COTRAF, the confederation of workers’ unions in the country said that many employers don’t want to give employment contracts to workers because they either don’t want to save pension money for them or to be held accountable when workers are unfairly dismissed, or both of them.

“When workers pursue them in court for various reasons, the ruling is not in their favour because there is no evidence that they worked for them,” he explained.

Ntakiyimana also pointed out that the fact that there is no minimum wage puts an employer in a position to pay the worker however they please, which in most cases is a disadvantage to the worker.

He further said that the Ministry of Public Service and Labour should be questioned about the progress of setting up a minimum wage.

In 2018, the Lower Chamber of Deputies enacted a labour law that has left it to the Ministry in charge of Labour to set up a minimum wage through a ministerial order. Since then, it remains at Rwf100 per day.