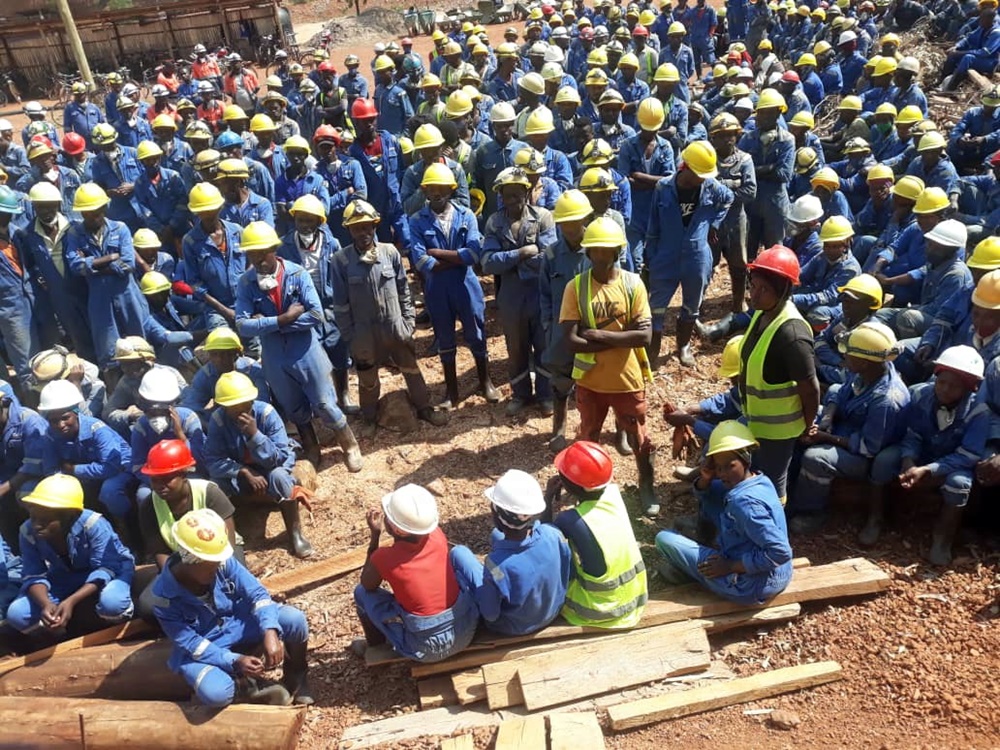 On October 4, 2022, the Deputy Secretary General of the Rwanda Extractive Industry Workers Union (REWU) Mr. Jean Marie Vianney Bwanakweli together with REWU Trade Union Coordinator in the Eastern and Northern Provinces Mr. Musabyimana Deogratias visited the Mining workers at Piran Rwanda now known as Trinity Metal Company in Musha, Rwamagana District to discuss the role of employees in increasing the productivity of the company they work for.

During the discussions, employees were also reminded about health and safety at workplace as part of health protection and safety measures that should be taken by every company that operate in not only extractive industry but also in other sectors.

Workers at Trinity Metal Company commended REWU for the good work it has done for them since it started to work with their trade union.

However, they requested REWU’s administration to advocate for them on various matters, including extending employment contract from one year to six years, Salary increment as living cost is expensive nowadays, enabling them to get enough information about how the employer evaluates the employee’s performance, connecting then to metal sheets manufactures so that they can have them and pay back in instalments as REWU has been doing similar work on other items such as mattresses and bicycles that were distributed among workers in various companies.

The management of REWU promised them that their concerns will be addressed to the concerned authorities.